Voting for the NUS Referendum is now closed, and Brookes Union will remain affiliated with the NUS.

1154 students voted in favour of continuing affiliation, 135 voted against, and there were 3 spoiled ballots.

Thank you to everyone who voted in the referendum. The union exists to represent students, and we will continue to do so as an affiliate of the NUS.

NUS UK (National Union of Students). Who are they? What do they do?

NUS UK is the campaigning/political wing of NUS. It is separate from the NUS Charity which provides services and support to Student Unions. NUS UK leads on lobbying the UK government and setting the priorities for NUS’ campaign work. The outputs of national conferences are enacted through NUS UK. This particular referendum is on the question of whether we should remain a member of NUS UK, not NUS Charity.

We are holding a referendum following a vote at the 2020 AGM (Annual General Meeting). Due to the impact of COVID 19, we waited until this point to run it, so that it can run alongside our Brookes Union elections and be a part of our Elections Season! So in short - This your opportunity to have your say as to whether the union should continue to affiliate with NUS UK. 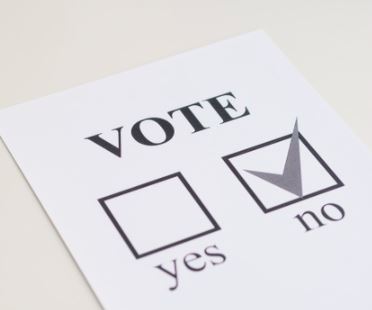 Who can vote in the referendum? Can I?

How can I vote in the referendum?

When voting opens, you’ll receive a voting link via your University email, so be sure to keep an eye out in your inboxes! Can’t seem to find it? Make sure you check your spam/junk folder, as sometimes emails can creep in there!

So how does this sort of voting work?

The referendum will use a simple majority vote. So, in short - this means whichever side gets over 50% of the vote, will win. There is a minimum amount of students that must vote in order for the decision to be valid though, so it’s super important that you vote, and encourage other students to do the same!